Joanna Rakoff is the author of the international bestselling memoir My Salinger Year and the bestselling novel A Fortunate Age, winner of the Goldberg Prize for Fiction and the Elle Readers’ Prize. Rakoff’s books have been translated into twenty languages, and the film adaptation of My Salinger Year opened in theaters worldwide in 2021 and is now streaming. She has been the recipient of fellowships and residencies from MacDowell, Sewanee, Bread Loaf, Jerome Foundation, Authors’ Guild, PEN, Ragdale Foundation, Art OMI/Ledig House, and Saltonstall; and has taught at Columbia University, Brooklyn College, and Aspen Words. Her writing has appeared in The New York Times, The Guardian, O: The Oprah Magazine, Vogue, Elle, Porter, and elsewhere, and her new memoir, The Fifth Passenger, is forthcoming from Little, Brown in 2024.

The film adaptation of My Salinger Year stars Margaret Qualley as Joanna and Sigourney Weaver as her boss. Directed by Oscar-nominee Philippe Falardeau, the film opened in sixty-five countries in 2021, and is available for streaming wherever you rent movies.

“Rakoff is a keen observer. . . . The loneliness of life after college [is] perfectly explained. . . . There’s something Salingeresque about her book: it’s a vivid story of innocence lost.”
—Entertainment Weekly

“The long-awaited book that perfectly captures the 1990s.”
—NPR 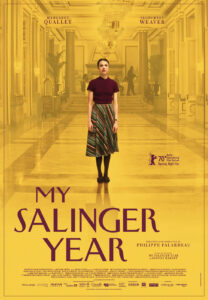 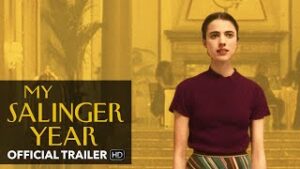